Recently, we were fortunate enough to have been given the opportunity to salvage some items from a significant 19th century home in downtown Portland. Despite the best efforts of conservationists in the city, the property at 1500 SW Taylor, known as the Frederick V. Holman house, was slated for demolition due to a number of different factors ultimately affecting its eligibility for preservation. Back here at the mill, our stance is preservation of landmarks, first and foremost, above all, and always. Sometimes circumstances prevent the inevitable demise of these pieces of our past, and when that happens we do our best to salvage what we can and make certain that we document things as closely as possible, so that even the things that are gone are never forgotten. 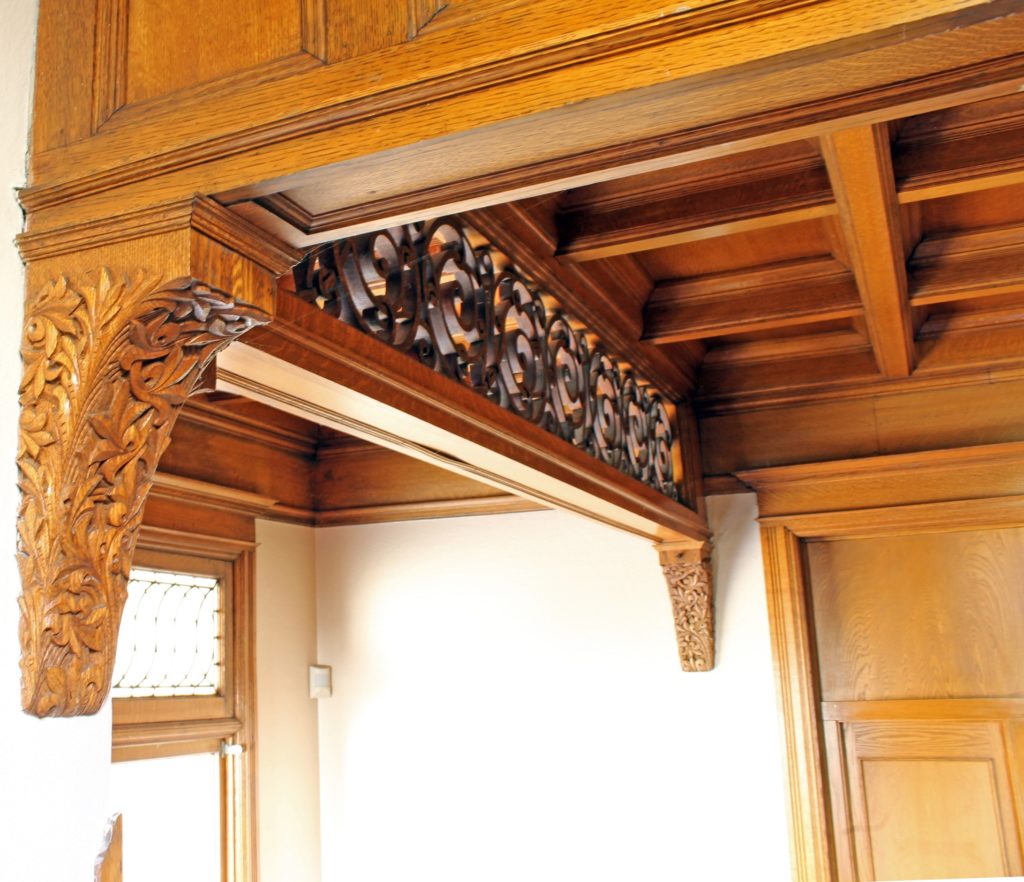 Woodwork in the front hall, October 2016.

When Frederick V. Holman commissioned noteworthy Portland architect Edgar Lazarus to build his home in the Goose Hollow neighborhood in the late 19th century, it was indicative of his desire to have an interesting and significant residence in which to dwell.

Edgar Lazarus, date unknown. Courtesy of the University of Oregon.


Lazarus had and would continue to build many iconic structures in Oregon, including the Taft Hotel, the U.S. Customs House, and the Vista House in the Gorge.

The Vista House in the Columbia River Gorge – it’s windy up there!

Lazarus would design a home for Holman, a prominent lawyer and lover of roses, that displayed hints of Richardsonian Romanesque influence, but with many recognizable elements of the familiar Queen Anne shingle style and even Dutch Colonial.

Completed in 1892, the end result was clad in wood shingles, with a great arched front porch, and a proliferation of gables; the house was unique and had a definite visual impact. On the front lawn, Holman’s beloved yellow roses grew abundantly. It was Holman who supposedly gave Portland it’s nickname of the “Rose City”[ref]Gaston, Joseph (1911). Portland, Oregon, Its History and Builders, in Connection with the Antecedent Explorations, Discoveries, and Movements of the Pioneers That Selected the Site for the Great City of Pacific, Volume III. Chicago, Illinois, and Portland, Oregon: S.J. Clarke. p. 191–92.[/ref]
Inside, the rooms were equally impressive. Holman had acquired several beautifully carved mantels and built-ins to decorate the home’s interior. These pieces were the crown jewels of the home and were a major part of the select original pieces still intact within the home when we began our work. In the two images below, we can see one of the original mantel pieces in the parlor in the early 20th century with the original furnishings and its condition today. 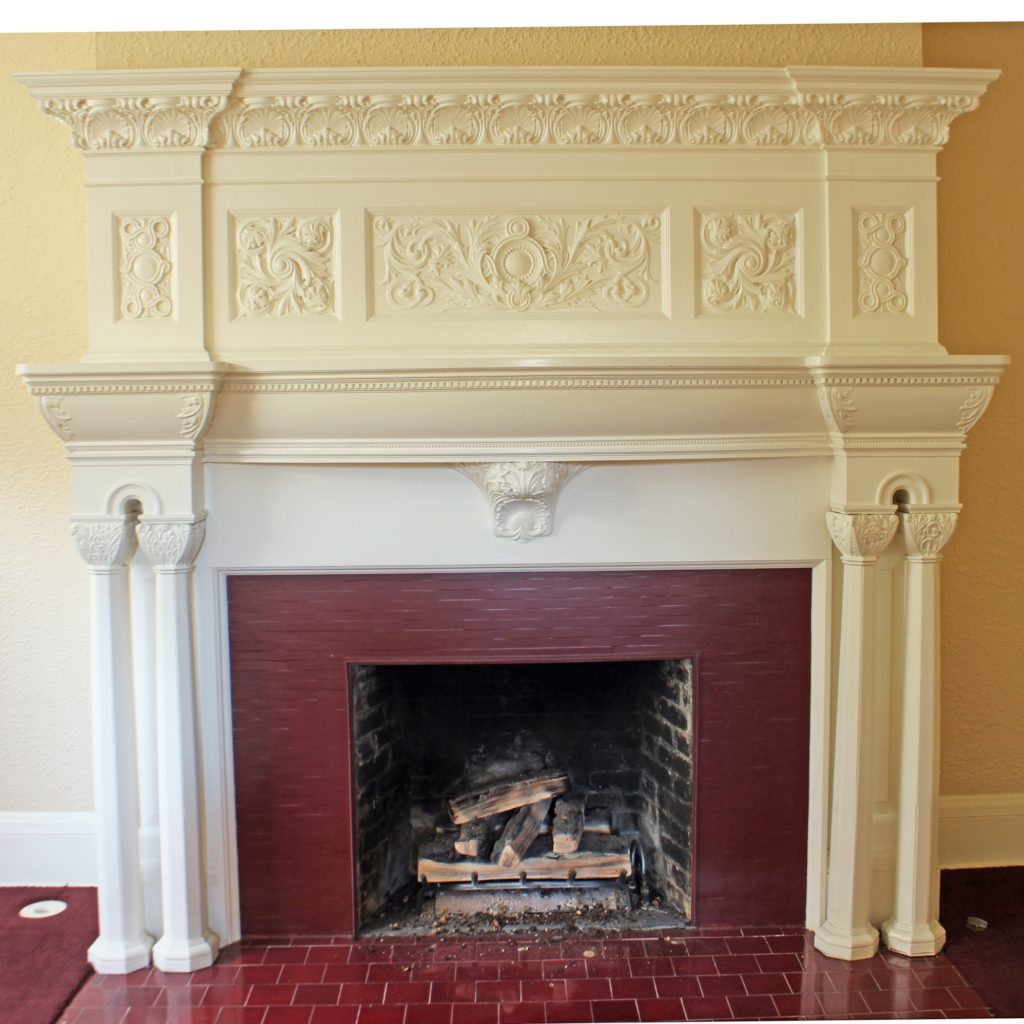 The demolition and salvage process for any structure begins with the first step of photographing the original fixtures in situ. Peeling back the layers of time in an old house is always bittersweet, which is why it is important to document each step in the process. Mr. Homan died in 1929 and this house had not been a private residence since the 1950’s, after which point it had been converted into office use. The home had seen a great deal of adulteration over the years to accomodate commercial use. This exterior elevation from the 1970’s shows that the shingle sinding had already been covered and the applied architectural ornaments on the exterior were no longer extant.

Exterior elevation of Holman House, circa 1976. Courtesy of the University of Oregon.

As time wore on, the home continued to adapt to the materials and usage of its time and place. The end state prior to demolition masked a great deal of what once was.

About the Author: Katybeth